OPINION: Why the World Needs a Ukrainian Victory

The world must help Ukraine to stop Russia’s genocidal war before the latter’s fascism and aggression spread and are copied by other nations. 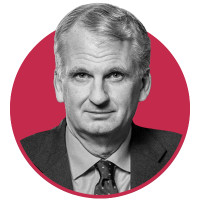 Why does the world need a Ukrainian victory?

1.  To halt atrocity.  Russia's occupation is genocidal.  Wherever the Ukrainians recover territory, they save lives, and re-establish the principle that people have a right not to be tortured, deported, and murdered.

2.  To preserve the international legal order.  Its basis is that one country may not invade another and annex its territory, as Russia seeks to do.  Russia's war of aggression is obviously illegal, but the legal order does not defend itself.

3.  To end an era of empire.  This could be the last war fought on the colonial logic that another state and people do not exist.  But this turning point is reached only if Russia loses.

4.  To defend the peace project of the European Union.  Russia's war is not directed only against Ukraine, but against the larger idea that European states can peacefully cooperate.  If empire prevails, integration fails.

5.  To give the rule of law a chance in Russia.  So long as Russia fights imperial wars, it is trapped in repressive domestic politics.  Coming generations of Russians could live better and freer lives, but only if Russia loses this war.

6.  To weaken the prestige of tyrants.  In this century, the trend has been towards authoritarianism, with Putinism as a force and a model.  Its defeat by a democracy reverses that trend.  Fascism is about force, and it is discredited by defeat.

8.  To lift the threat of major war in Europe.  For decades, a confrontation with the USSR and then Russia was the scenario for regional war.  A Ukrainian victory removes this scenario by making another Russian offensive implausible.

9.  To lift the threat of major war in Asia.  In recent years, a Chinese invasion of Taiwan has been the leading scenario for a global war.  A Ukrainian victory teaches Beijing that such an offensive operation is costly and likely to fail.

12.  To head off future resource wars.  Aside from being a consistent perpetrator of war crimes, Russia's Wagner Group seizes mineral resources by violence wherever it can.  This is why it is fighting in Bakhmut.

13.  To guarantee food supplies and prevent future starvation.  Ukraine feeds much of the world.  Russia threatens to use that food as a weapon.  As one Russian propagandist put it, "starvation is our only hope."

14.  To accelerate the shift from fossil fuels.  Putin shows the threat that hydrocarbon oligarchy poses to the future.  His weaponization of energy supplies has accelerated the turn towards renewables.  This will continue, if Russia loses.

15.  To affirm the value of freedom.  Even as they have every reason to define freedom as against something -- Russian occupation --, Ukrainians remind us that freedom is actually for something, the right to be the people they wish to be, in a future they can help shape.

I am a historian of political atrocity, and for me personally number 1 -- defeating an ongoing genocidal project -- would be more than enough reason to want Ukrainian victory.

But every single one of the other fourteen is hugely significant.  Each presents the kind of opportunity that generations of policy planners wish for, but almost never get.  Much has been done, we have not yet seen and seized the moment.

This is a once-in-lifetime conjuncture, not to be wasted.  The Ukrainians have given us a chance to turn this century around, a chance for freedom and security that we could not have achieved by our own efforts, no matter who we happen to be.

All we have to do is help them win.

Reprinted with permission from Timothy Snyder’s Thinking about War in Ukraine
9 hours ago
Senators Call for U.S. to Give Ukraine F-16s and ATACMS
By Jason Jay Smart Best Oldest Newest
Write the first comment for this!
« Previous Scholz Will Bow to Pressure to Send Tanks to Ukraine
Next » Reflections on Scholz’s Leopards’ Stalling Strategy
POPULAR