Ukraine is asking the United Nations to prove that Russia is a rightful member of the organization and its Security Council. In a recent interview, Ukraine’s Permanent Representative to the United Nat

According to Kyslytsya, there are no available public records showing Russia’s accession to the United Nations or the Security Council following the collapse of the Soviet Union.

Citing historical events, he noted that in 1991 the USSR’s Permanent Representative, Yuli Vorontsov, received a letter from Russia’s then President Boris Yeltsin during a Security Council meeting.

In that letter he stated that Russia intends to be the USSR’s successor in the UN Security Council. Presiding over the Security Council that year, Vorontsov closed the meeting saying he now represents Russia, not the Union.

Ambassador Kyslytsya notes that although the various countries turned a blind eye to this violation, due to Russia’s nuclear and military potential, this does not make it a rightful member of the Security Council, a special status that grants it the right to veto initiatives.

He notes that following the USSR’s collapse, Russia should have undergone the same procedure as the states of Czechoslovakia and the Federal Republic of Yugoslavia, involving re-applying for membership of the UN.

Ambassador Kyslystya explained. He added that, until recently, Ukraine has also ignored this fact.

After Russia used its proxies to invade eastern Ukraine and annex Crimea in 2014, the UN Security Council became a venue for heated debates between permanent members, most prominently the U.S. and Russia.

The clashes encompassed the violation of Ukraine’s territorial integrity as well as allegations of Russian interference in the 2016 U.S. presidential election and other areas.

In 2017, Vassily Nebenzia succeeded the late Permanent Representative of Russia to the United Nations, Vitaly Churkin, who passed away in 2017.

Nebenzia  recently accused the U.S. of “whipping up tensions and rhetoric" about the situation, claiming that Russia had no plans to invade Ukraine despite a heavy military build-up at its borders in both Russia and Belarus. 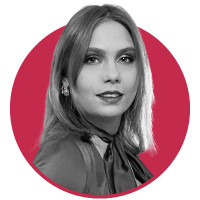