A mysterious new club in Kyiv doesn’t promote its parties to the general public, posts no sign outside its building and doesn’t even have a name. Yet its dance floor on a recent Saturday night was pac

A mysterious new club in Kyiv doesn’t promote its parties to the general public, posts no sign outside its building and doesn’t even have a name. Yet its dance floor on a recent Saturday night was packed.

Since opening in August, the venue — which is often called “the club on Kyrylivska Street” — has become a sensation in the capital’s booming electronic music scene. It is introducing new quality to nightlife.

The mystery surrounding the club attracts local ravers to the old industrial building in Kyiv’s Podil district. But it’s the venue’s star lineups, queer-friendly approach and respect for visitors in the smallest details that make people return.

Kyiv-based student and rave regular Ilya Yevdokimov has been to the club’s parties five times since his first visit. And he isn’t planning to stop any time soon.

“I heard people talking at several parties that there’s this new astonishing club and there’s nothing better,” Yevdokimov told the Kyiv Post. “I’ve never been to a place like it, even abroad.”

As midnight approaches on weekends in the industrial part of Podil, people, mostly wearing black outfits, flock to what looks like an abandoned building at 41 Kyrylivska St. As they pass the fence and enter the yard, they join the line of ravers waiting to get inside the new buzz venue. That line won’t get any smaller for at least several hours.

The excitement surrounding the club is inversely proportional to the amount of effort it puts into promoting itself. The venue is hard to look up since it doesn’t have a name, and both its website and the only social media platform it uses, Telegram, are almost impossible to find without having a direct link. Additionally, its team refuses interviews and is not seeking any coverage in media.

But what might seem like a risky and unusual marketing approach — keeping a low profile in the age of ubiquitous advertisement — has actually proven to be an effective strategy. Since it’s difficult to find and sometimes not easy to pass face control, the club is surrounded by a buzz of exclusivity. In the course of several months, the venue grew to have over 5,000 followers on Telegram, and discussions of its never-ending lines within the Kyiv rave community continue to intrigue newcomers.

The venue started off in May throwing parties in the attic premises of the building. It moved on to opening the main dance floor in November.

The building that houses the club was a brewery that operated for over a century until it was shut down in 2014. All that is left from the brewery days now are the huge circle holes in the ceiling where wort kettles used to stand. Along with other decor decisions, like caged staircases and chain swings, the enigmatic huge holes add to the overall industrial concept of the venue.

But while the industrial location is nothing new in the world of electronic music in Kyiv, there are a few things that make the club on Kyrylivska Street stand out.

It’s a relatively big setting that can host thousands of visitors. While the dancefloor is vibrating from powerful techno sound, the bar, darkroom and second-floor chill zones offer plenty of space for all the visitors to socialize and have a rest.

Many ravers are also thrilled by the spot’s thoughtful touches like heaters along the line outside, filtered tap water in bathrooms and stylish cloakroom tickets on neck chains that contribute to their party gears and are difficult to lose.

“They just set a totally new bar,” Yevdokimov said. “They did everything for people.”

The amount of space, as well as the mindful and costly details, suggest that, unlike most Kyiv electronic clubs, the venue on Kyrylivska isn’t limited by a small budget. However, the venue doesn’t disclose its investors. 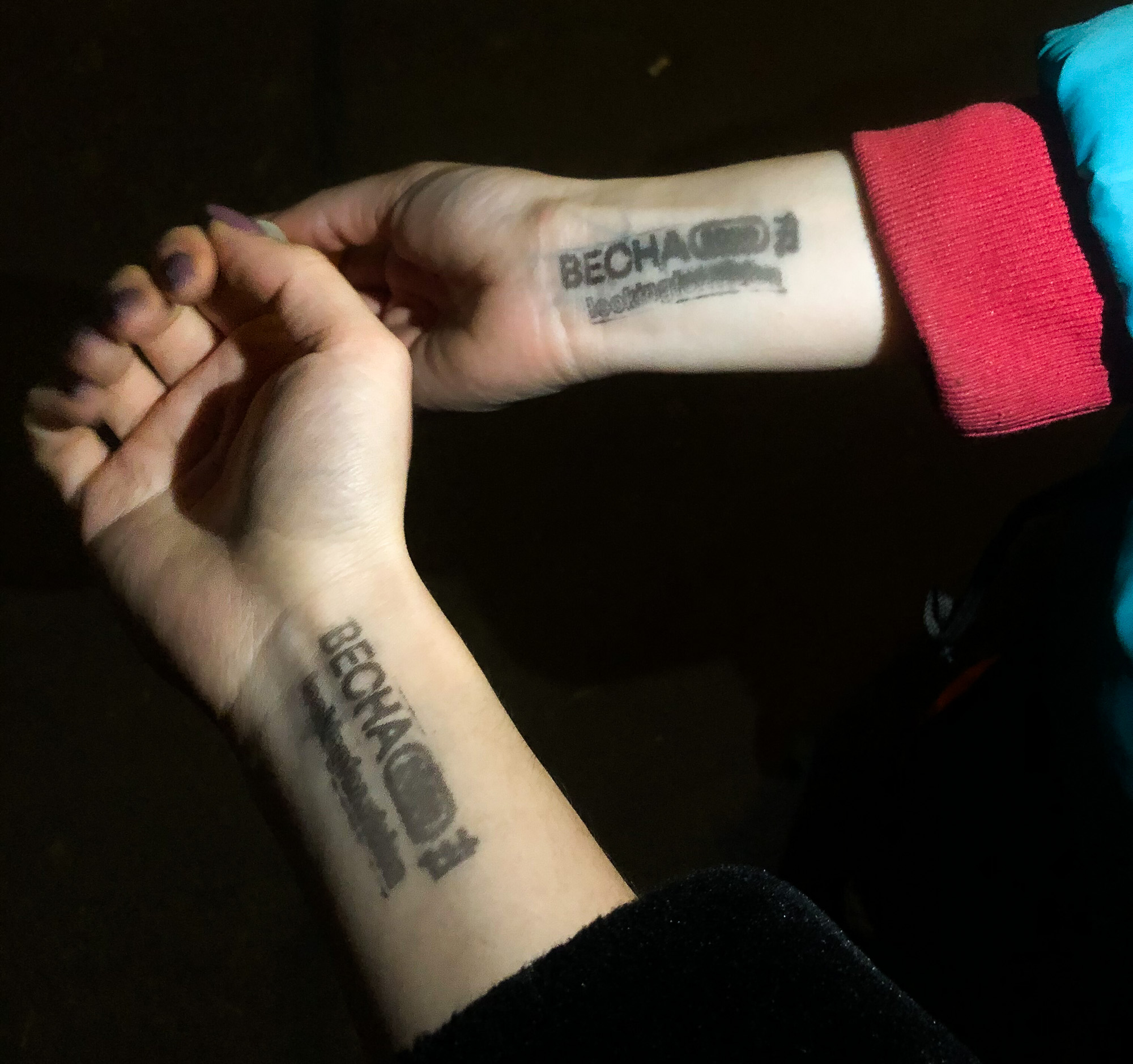 The new electronic music club located on 41 Kyrylivska St. in Kyiv welcomes people of all sexual orientations and gender identities. It doesn’t allow visitors to take any pictures or videos inside. (Courtesy)

The new venue is largely seen as one of the top players in the field and potentially Kyiv’s electronic music trademark. One of the main reasons for that is the club’s impressive lineups.

Over the course of several months, the club managed to bring in some of the top international DJs, who perform at the world’s best clubs and festivals. They include French visionary house artist Jennifer Cardini, French-born techno vanguard rRoxymore and Italian techno influencer Freddy K.

A source in one of the Kyiv electronic music clubs told the Kyiv Post that it’s difficult to withstand competition from the Kyrylivska Street venue, as it often brings in not one star per lineup, but multiple top performers.

“Many artists that they bring could have only performed at festivals in Ukraine,” Avksentiev told the Kyiv Post.

But the venue not only introduces the globe’s best DJs to the Ukrainian rave community. It also gives a platform of new quality for local DJs to grow. Avksentiev is one of them, and he has already performed there once.

“It’s a cool, big premises with an amazing sound system and yet with some privacy,” Avksentiev said.

Besides pushing the development of Kyiv’s electronic music arena, the club on Kyrylivska Street makes a valuable contribution to society’s progress with human rights.

The setting identifies itself as a queer-friendly and non-binary space, meaning that it welcomes people of all sexual orientations and gender identities and doesn’t divide them between two sexes, which is why there is one common bathroom for everyone.

Apart from the new venue, Kyiv has several LGBTQ-friendly clubs. But in the world of electronic music, this the first spot of its kind. There is also an electronic party series called Veselka, which welcomes queer people, but it is only held once every few months, while the club on Kyrylivska Street maintains the concept at all of its events.

A part of the friendly approach and a strict rule to follow is that no photos or videos are allowed. All the ravers’ phone cameras are covered with stickers at the entrance. That, first and foremost, ensures the safety of those partying on Kyrylivska.

“All the open-minded European clubs use this limitation so that people feel comfortable, can wear whatever they want and behave the way they like,” says Sofiia Lapina, gay activist and organizing committee member of the KyivPride non-profit, who has partied on Kyrylivska Street several times.

The no-camera rule adds to the general liberating atmosphere at the venue’s raves, which at times feels unbelievable in the context of mostly conservative Ukrainian society. Lapina believes that’s part of the secret to the new club’s success.

“They don’t need any bright logo,” Lapina said. “Their atmosphere is the best advertisement: You come, feel good and safe and tell all your friends about it.” EXCLUSIVE Theater
Dec. 4, 2022
“My Dream is for the Empire to Disintegrate”: Wartime Theater in Lviv
By Milovan Mracevich Best Oldest Newest
Write the first comment for this!
« Previous Patriotic-themed flower beds adorn Kyiv
Next » Ombudsman: I Hope Next UN High Commissioner for Human Rights Will Protect Human Rights Rather Than Worry About Being ‘Neutral’
POPULAR