Western Support for Ukraine Should be Aimed at Winning Not only the War, but the Peace Afterwards. 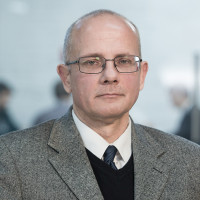 By Andreas Umland
January 20, 2023, 1:40 pm | Comments (0)
This photograph taken on January 6, 2023 shows Ukrainian flags waving next to European Union's flags in the centre of Kyiv, amid the Russian invasion of Ukraine. A temporary unilateral Russian ceasefire ordered by President Vladimir Putin during Orthodox Christmas was due to have taken effect in Ukraine at 0900 GMT on January 6, 2023. Dismissed by Ukraine as an empty gesture and an attempt by Moscow to gain time to regroup its forces, the ceasefire is due to last until 2100 GMT on January 7, 2023. Sameer Al-DOUMY / AFP
Related topics
Content

The geopolitical salience of the Russia–Ukraine War and the remoteness of Ukraine’s accession to either the European Union or NATO call for intensification and modification of, and innovation in, current Western approaches.

In a recent report for the Stockholm Centre for Eastern European Studies (SCEEUS) “How the West Can Help Ukraine: Three Strategies for Achieving a Ukrainian Victory and Rebirth,” I also argue that there’s a need for better explanations of the rationale for long-term Western aid to Ukraine.

Such support is not just about international solidarity, but the national security of Western states, as well as winning not only the war but also the peace afterwards, and renewing rather than merely rebuilding Ukraine.

Central to the conditions for continuing Western help will be Kyiv’s ongoing strengthening of the rule of law and fighting corruption. Even after the current war, strong armament of Ukraine as a European frontier state will be unavoidable before the country’s full accession to NATO and beyond.

The following six points of advice for policy makers and communicators reflect the conclusions from my January 2023 SCEEUS report:

1.         The provision of military and civilian aid to Ukraine should be presented not just as a matter of international solidarity, but of national security for the supporting countries. Spokespersons for national governments and international organizations should outline why and how their support makes not only Ukraine but Europe and the entire world a safer place. Foreign assistance should be justified as enabling Kyiv not only to prevail in the current war, but also to win the subsequent peace, and not just rebuild but renew Ukraine.

2.         In accordance with Ukraine’s current and future needs, Western military and non-military programs of support should be intensified, modified or created anew. Demand-driven rather than donor-driven, these older intensified, newly adapted or entirely novel programs should help Kyiv to achieve its most urgent tasks as formulated by Ukrainian national and local governments.

3.         In Eastern and Western Europe, and in other regions of the world, many individuals, groups and institutions stand ready to help Ukraine in one way or another. To make delivery of such assistance possible, the functioning of Ukraine’s defence, security, transport, communications and energy infrastructure has priority, together with anti-corruption measures. Facilitation of fast and uncomplicated domestic and transborder interactions for Ukrainians among themselves and with their allies is a core task.

4.         Comprehensive relief and recovery measures should start now, before and independent of the end of the war, and later become a thoroughly modernizing reconstruction. These should combine better exploitation of existing formats (intensification) and adaptation of now dated projects (modification) with the launch of completely new programs (innovation) to address Ukraine’s war effort, infrastructure stability and imminent rebuilding.

5.         The provision of humanitarian relief and reconstruction support for Ukraine should be tied to each other and to European integration with the help of a multi-agency donor coordination platform, as well as such EU instruments as a security compact, a stage-by-stage accession process and growing participation by candidate countries, including Ukraine, in intra-EU affairs before the acquisition of full membership.

6.        The policies of providing assistance to Kyiv should, among other measures, promote decentralized and multiple engagement by Ukrainians with foreign governmental, non-governmental and commercial partners. This can take place through facilitation of direct contacts between local communities and institutions, insurance cover for direct investment in Ukraine to protect against political risks and liberalization of residency rules for foreigners from friendly countries.

And a concluding note on long-term prospects.

The Ukrainian state’s precarious location, which borders a state working to restore territories which used to belong to it and is situated in a partial geopolitical grey zone, will not change any time soon. As long as Ukraine is not a full member of NATO and the EU, the country will have to take care of its own national security. Russia might continue its aggression now or resume it later.

A comprehensive and as modern as possible arming of Ukraine, therefore, does not just have a short-term, tactical dimension. It is not merely essential to a successful completion of the current counter-offensive, to reconquering occupied territories and to the eventual attainment of a peace deal with Moscow that is acceptable to Kyiv.

Arming Ukraine also has a distinctly geostrategic and long-term dimension. Kyiv needs to be well-equipped not only for as long as the current fighting continues, but also during the ensuing interregnum between the end of Russia’s current attack and Ukraine’s eventual accession to the EU and NATO.

Heavy weaponry, functioning security agencies and international guarantees are needed not only to end the current war, but also to prevent the next one.

Even after Ukraine has joined NATO and the EU, it will remain a frontier state for as long as Russia continues to harbour revanchist ambitions.

For years or even decades, a well-armed, internationally embedded and socio-economically viable Ukraine will be needed to secure Europe’s eastern borders.

Dr. Andreas Umland is an analyst at the Stockholm Centre for Eastern European Studies (SCEEUS) of the Swedish Institute of International Relations (UI).

The views expressed in this opinion article are the author’s and not necessarily those of Kyiv Post.

Andreas Umland
Andreas Umland is a political scientist studying contemporary Russian and Ukrainian history and regime transitions. He has published on the post-Soviet extreme right, European fascism, East European geopolitics, Ukrainian and Russian nationalism, and the Donbas and Crimea conflicts. He is a Senior Expert at the Ukrainian Institute for the Future in Kyiv as well as a Research Fellow at the Swedish Institute for International Affairs in Stockholm.
RELATED ARTICLES EXCLUSIVE Ukraine
1 day ago
OPINION: The Future of Ukrainian Science
By Charles Cockell Best Oldest Newest
Write the first comment for this!
« Previous Would you have negotiated with Hitler in 1943?
Next » Sport, Business and Insensitivity to Russia’s Criminal War on Ukraine – Latest Australian Example
POPULAR 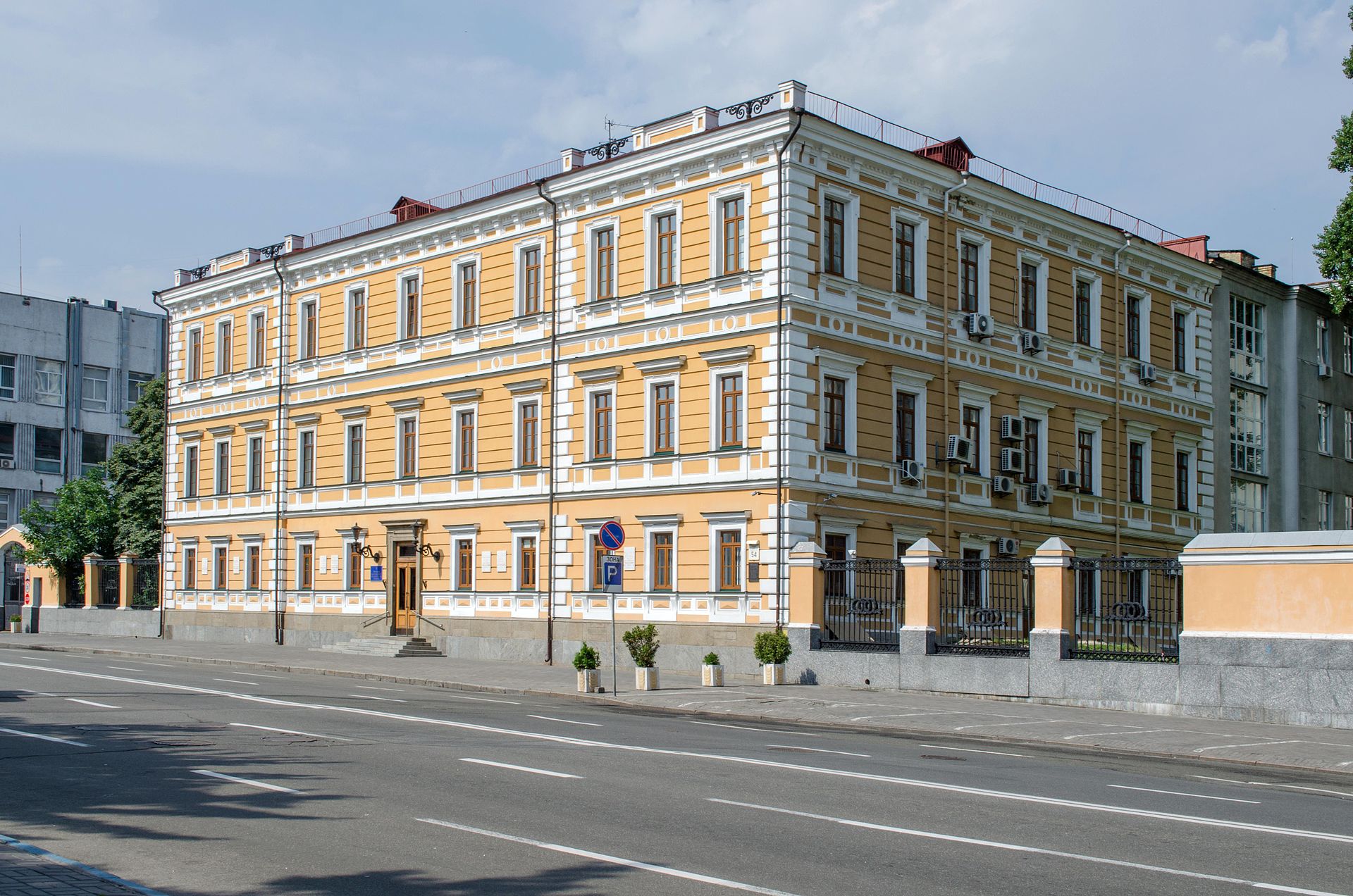 The Future of Ukrainian Science

Ukraine has unique scientific potential and much of that is lodged in its geographical location. 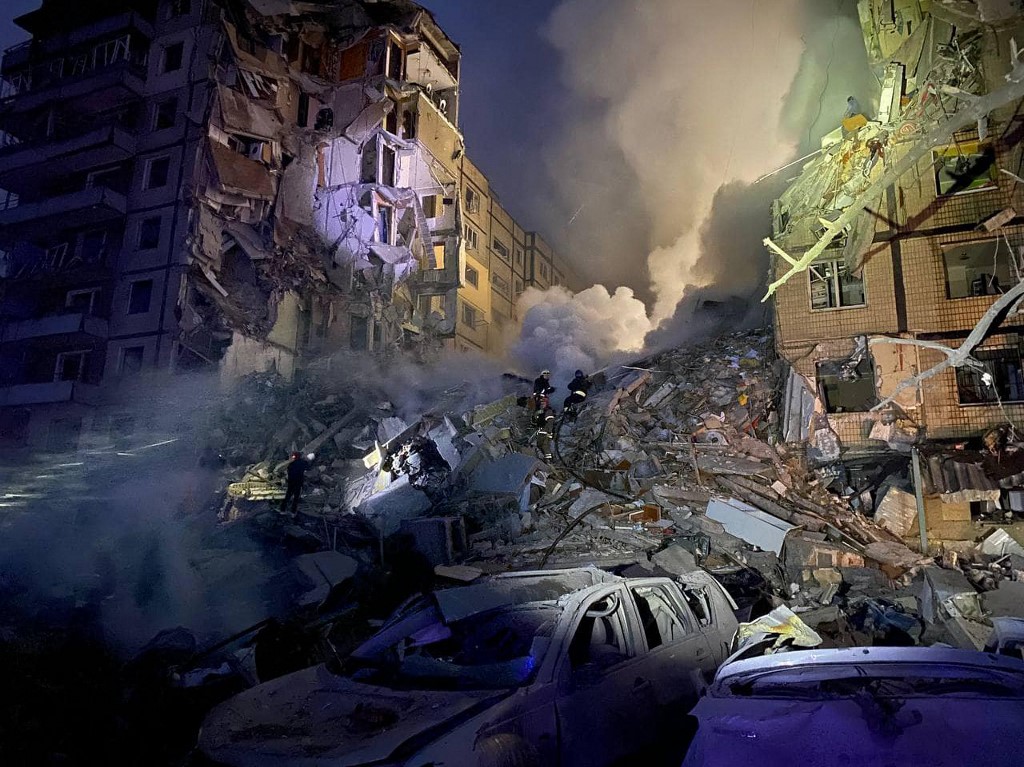 Using IMF Special Drawing Rights would be less expensive option.
back to top