Even the latest arms transfers to Ukraine are short on vital equipment needed for a counterattack: namely tanks, long-range missiles.

The first weeks of January have seen a wave of western arms commitments to Ukraine – unprecedented in scale and firepower, but without key weapons Kyiv says it needs to liberate occupied territory from Russia’s army and end the war.

Official declarations led by Washington and echoed in capitals across Europe following the New Year, and culminating in the run-up to the Jan. 20 Ramstein Conference, have - in just three weeks – promised Ukraine close to $3 billion worth of modern military kit.

The men and women of the Armed Forces of Ukraine (AFU) are, at the same time, now on track to receive train-and plane-loads of more additional kit needed for fighting a conventional war against Russia, like small arms and ammunition, armored troop carriers, jeeps and pickup trucks, access to tactical training areas and instructors, tactical cargo vehicles and (even more thousands of) anti-tank rockets.

Despite the flow of weaponry into Ukraine, two key categories of arms that have been top priority asks from the Ukrainian government since early days of the Russian invasion are still practically absent: long-range missiles and the NATO-standard, German made, Leopard 2 main battle tanks.

Without these weapons, Kyiv officials have said repeatedly that Ukraine’s chances of conducting swift offenses to eject Russian troops from its territory will be slowed down; worse, at risk of suffering higher casualties.

There are more than 1,600 Leopard 2 tanks in European army inventories. Some operators, led by Poland and Finland, have been outspoken about their willingness to hand over the diesel-powered tanks to help Ukraine fight off Russia’s troops from its own soil. The current obstacle is Berlin, which holds an effective veto on transfers of Leopards to third party nations. Furthermore, Germany’s government, led by the left-leaning SPD, has dragged its feet since the war’s outset on sending Ukraine any weapons that might be construed as usable in an offensive capacity. In short according to the SPD, sending Leopard 2 tanks to Ukraine is “complicated”.

President Volodymyr Zelensky was caustic in comments on the Leopard 2 saga to Germany’s ARD television broadcaster on Jan. 19.

“Listen guys, you [Germany’s political leadership] are adults, of course you’ve been saying for the last half year, you’re ‘checking the influence’ [of sending tanks to Ukraine], but every day [Ukrainian] people are dying,” Zelensky said.

“If the possibility exists, well, then transfer them. Transfer them. We’re not attacking. If someone is worried, Leopards wouldn’t go into the territory of the Russian Federation (RF). We’re defending ourselves.”

Germany’s new Defense Minister Boris Pretorius (an SPD appointee) in afternoon comments at the Ramstein Conference delivered Berlin’s latest rejection, saying that members of the Ukraine support coalition meeting to discuss military aid to Ukraine were “in disagreement” on whether the time is right to ship the Munich-manufactured Leopard 2 to Kyiv.

The upshot is that no German tanks will be sent to Ukraine for the time being. This has left the AFU armed, as it has been in the past, with several hundred Soviet-era tanks inferior to Russia’s tank fleet which number in the thousands.

France and Britain recently promised Ukraine a total of 20 tanks, the French versions being an outdated type operating not on tracks but on wheels. In end-of-year comments, Valery Zaluzhny, commander of the AFU, said he needed at least 500 modern tanks to launch a viable offensive against the Russian army. Once the British Challenger 2 tanks arrive, he will have ten.

The U.S., one of Ukraine’s staunchest supporters, in the latest round of arms transfers committed to first-time delivery of powerful Bradley infantry fighting vehicles, battle-tested Stryker armored personnel carriers, and more medium-range precision-guided missiles for the highly successful M270 and HIMARS artillery system.

The $2.5 billion U.S. commitment, formally promised on Jan. 20, contains neither the American version of the Leopard 2 (the M1A3 Abrams) nor long-range (150-300 kilometer) missiles Ukraine says it critically needs to hit Russian ammunition dumps and headquarters. The U.S. makes several types using cutting-edge technologies, among them a ballistic missile called ATACMS capable of erasing an ammunition dump, air strip or critical bridge in a single strike.

The manufacturer Lockheed-Martin says ATACMS is almost impossible to intercept. The missiles the Americans are sending to Ukraine have a range of 80 kilometers, leaving strategic Russian targets the Ukrainians badly want to hit, like Russian military airfields in Crimea, or the Black Sea Fleet warships based in Sevastopol, able to launch strikes of their own on Ukrainian targets with impunity.

U.S. officials have said the AFU’s logistics and maintenance chains can’t support the Abrams tank, and have expressed concerns that long-range missiles in Ukraine’s hands might make Russia aggressive. No other member of the Ukraine support coalition, besides the U.S., manufactures the missiles. 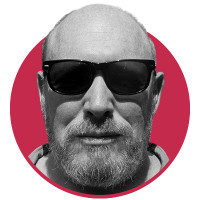 Stefan Korshak
Stefan Korshak is the Kyiv Post Senior Defense Correspondent. He is from Houston Texas and is a Yalie. He has worked in journalism in the former Soviet space for more than twenty years, and from 2015-2019 he led patrols in the Mariupol sector for the OSCE monitoring mission in Donbass. He has filed field reports from five wars and enjoys reporting on nature, wildlife and the outdoors. You can read his blog about the Russo-Ukraine war on Facebook, or on Substack at https://stefankorshak.substack.com, or on Medium at https://medium.com/@Stefan.Korshak
RELATED ARTICLES War in Ukraine
59 minutes ago
Kyiv Post Morning Memo – Everything You Need to Know on Tuesday, Jan. 31
By Kyiv Post War in Ukraine
1 hour ago
EXPLAINED: Why the Latest Ukraine Weapons News is a Mix of Good and Bad
By Kyiv Post

Best Oldest Newest
Write the first comment for this!
« Previous Ramstein Format Meeting Results: Austin Reveals What Weapons Will be Sent to Ukraine
Next » High Court Still Undecided on Future of Tereshchenko Mansion in Kyiv
POPULAR 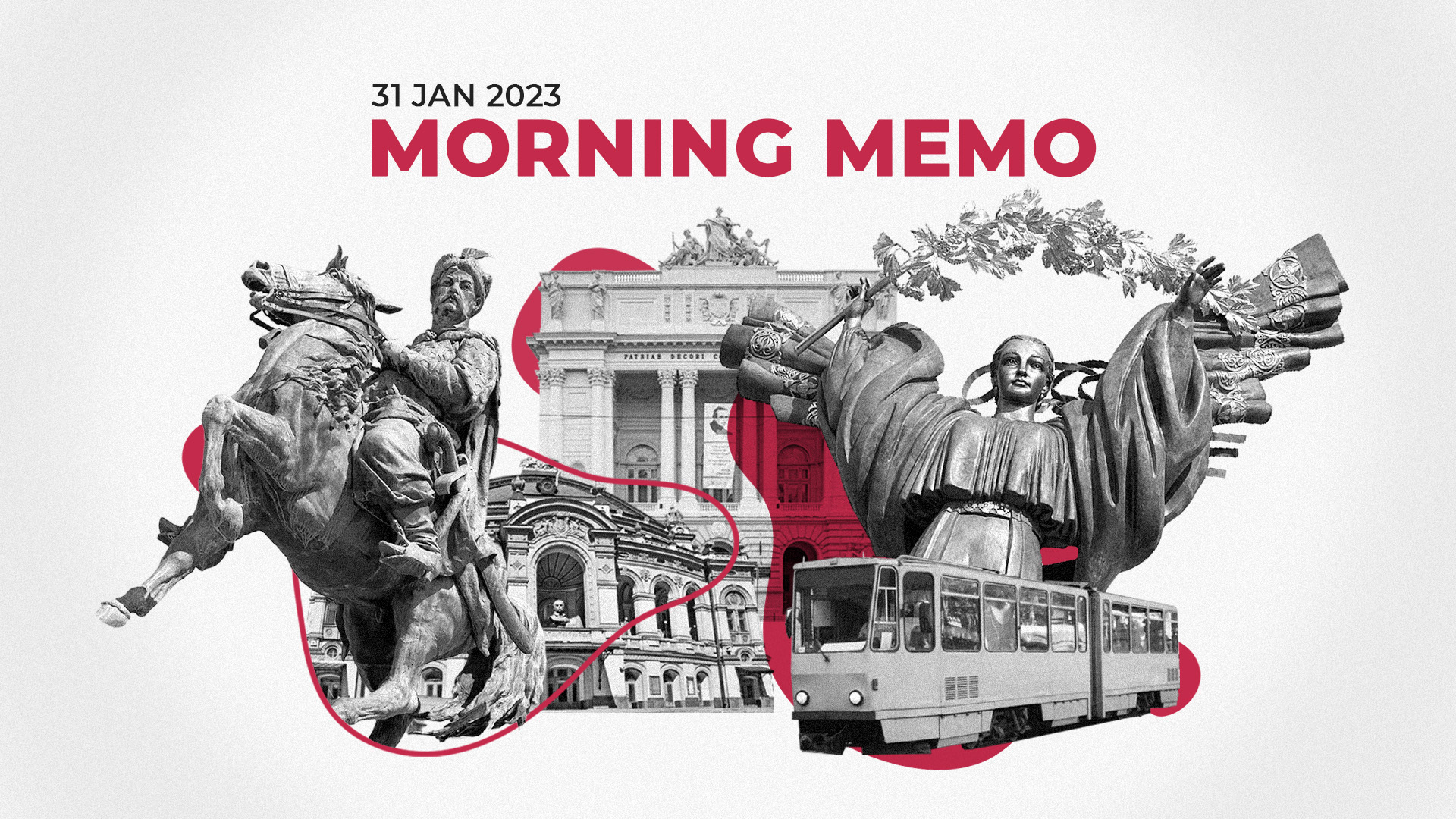 Kyiv Post Morning Memo – Everything You Need to Know on Tuesday, Jan. 31 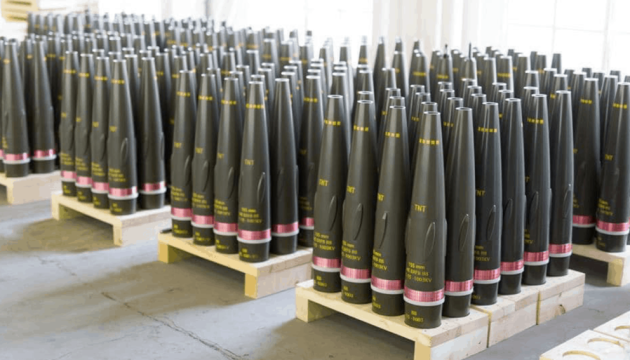 EXPLAINED: Why the Latest Ukraine Weapons News is a Mix of Good and Bad

The push for F16 fighter jets continues, but some world leaders are more open to the idea than others.
back to top