The supreme lama of Kalmykia, Telo Tulku Rinpoche (Erdny Ombadykov), has released a statement criticizing the war which Russia had unleashed on Ukraine, noting that the truth is on Ukraine’s side. The

The supreme lama of Kalmykia, Telo Tulku Rinpoche (Erdny Ombadykov), has released a statement criticizing the war which Russia had unleashed on Ukraine, noting that the truth is on Ukraine’s side.

The statement came in an interview with the Alchemy of the Soul YouTube channel, Ukrinform reports.

“I think it’s wrong, this war is unnecessary… The Ukrainian side is, of course, right – they defend their country, their land, their truth, their Constitution, and their people. It is very difficult to suggest and accept that Russia is right… I can’t do that,” said the supreme lama of Kalmykia.

Thelo Tulku Rinpoche emphasized that until now, he had not commented on the Russian war in Ukraine as he “didn’t want to spoil the relations between the authorities and our Buddhists.”

He also believes that the leaders of the Buddhist communities across the Russian Federation, who support military aggression, hardly actually think so if they are indeed true Buddhists.

The supreme lama is currently in Mongolia, where he holds meetings with residents of Kalmykia, who fled Russia after the war began.

In mid-June, Thelo Tulku Rinpoche, in an address on the occasion of the Buddha’s birthday, already made an anti-war statement, but without specific reference to Ukraine.

According to mass media, the statement by the supreme lama of Kalmykia is the first public speech of a major leader of a religious confession, widespread in Russia, who condemned military aggression.

Previously, representatives of all traditional faiths in the Russian Federation – Orthodoxy, Islam, Judaism, and Buddhism – supported Russia’s onslaught on Ukraine and called for prayerful support for those fighting against the Armed Forces of Ukraine. 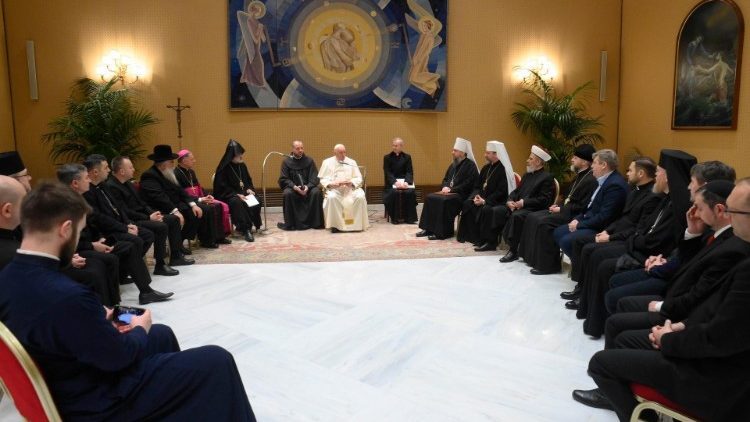 Ukrainian religious readers received in Rome and Istanbul and assured of support.

Colonized by Russians who treated them as second-class citizens, the Sakha are now being used as cannon fodder against Ukraine.
back to top